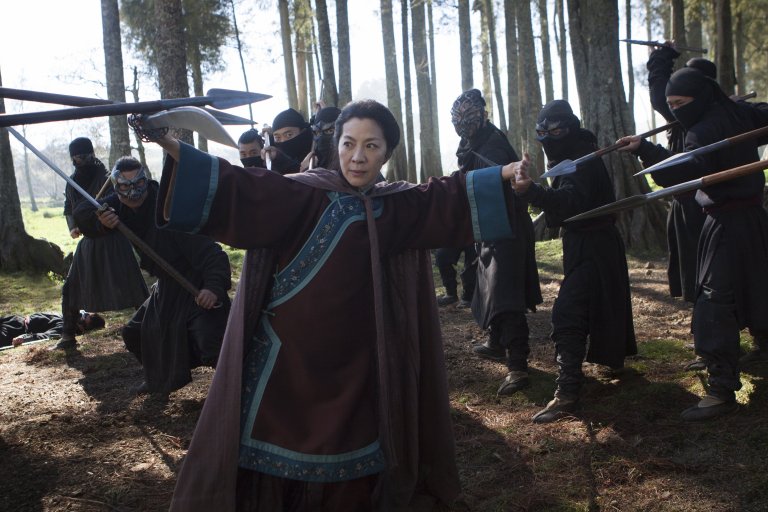 The original martial arts epic was a thing of beauty from director Ang Lee, if slightly overrated. The follow-up is fifteen years too late, and mostly a waste of time unless you want to test out that spiffy new 4K television set.

There are colorful vistas and vast examples of incredible choreography, however, much of it is far too bloodless to have any real impact or remind anyone watching of the stakes involved. That’s not why “Sword of Destiny” fails. It fails because it forgot the fundamentals: acting, dialogue, plot, authenticity. Michelle Yeoh and Donnie Yen are decent actors, and even they fall victim to the ugly soundscape of ADR. Every other scene resembles an old kung-fu flick, only without the excuse of dubbing. Netflix and director Yuen Woo-ping somehow thought a story about ancient China (not to mention a sequel to a foreign-language epic) would be better off in English, a choice that severely undermines one of those four fundamentals. Yeoh and Yen do their best to ground the narrative in a semblance of gravitas, but stilted and platitudinous dialogue is the death of effective drama, and “Crouching Tiger” is full of it. Harry Shum Jr. and Ngo Thanh Van fare better, surrounded they are by the violin strings of a surprisingly poignant melody. The spiritual music is the best thing Woo-ping has to offer, and it helps in underscoring the secret bond between them.

“Sword of Destiny” is a visually inconsistent film, filled with beautiful images, while also content to resort to faux-slow motion, shoddy CGI, and select scenes with a muted color palette. More than that, it’s simply clunky. A mistake of a movie.